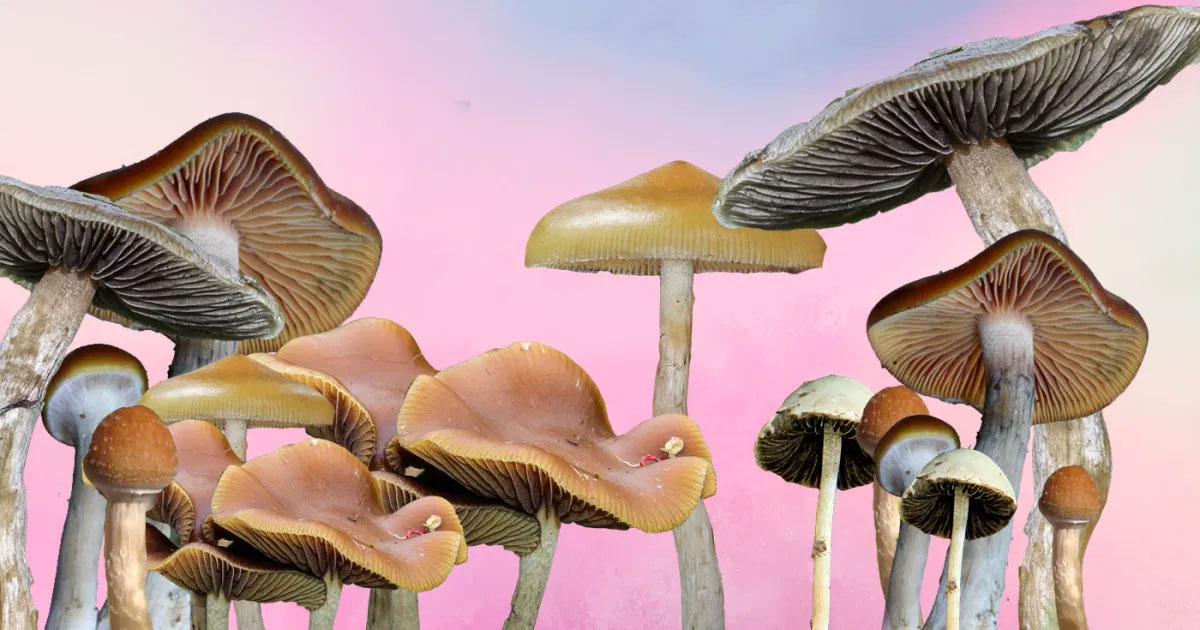 People have been taking shrooms and expanding their minds the world over for centuries. Most shroom-lovers see psilocybin as a guaranteed giggle-fest, but did you know just how many species of psilocybe there truly are?

Wait, how many psilocybe strains are there?

Psilocybe mushrooms… they’re magnificent and also surprisingly multifaceted!—Genealogically speaking of course! Many people still naively believe that all “shrooms” are just 1 thing. Then, when they find out that there are over 180 psilocybe mushrooms strains, their minds are blown. Amazingly, these 180 individual species of psilocybe grow in the wild all around the globe! 180 psilocybe strains is a bit much to fit in a single article, but 10 strains does fit nicely so…

Here are 10 of the world’s most widely-known favorites.

If you have any doubts as to the kind of magic mushrooms you ate last time, chances are it was a strain of Psilocybe cubensis. Also known as “cubes,” these are the easiest magic mushroom to cultivate indoors. For anyone so inclined, there are some fantastic hobby growing guides, including Terence and Dennis McKenna’s Psilocybin: The Magic Mushroom Grower’s Guide.

As the result of decades of selective home breeding, the number of strains of P. Cubensis has grown to 60 different strains of P. cubensis, including the likes of Golden Teachers, B+, Penis Envy, and Pink Buffalo.

Typically, indoor grown mushrooms are stronger than those that grow in the wild. That’s one of the reasons that mushrooms bought in the underground market are often stronger than the ones found in nature. The indoor varietals have been bred for strength and are grown in specific substrates that increase potency.

Psilocybe semilanceata, also known as Liberty Caps, are the most widespread naturally growing psilocybin mushroom in the world. They’re also the third most potent, according to tests by Paul Stamets and Jochen Gartz, a German chemist and mycologist.

P. semilanceata was the first psilocybin mushroom native to Europe to be formally recognized, Loved by the English common folk, news of a family enjoying an afternoon of mushroom tea appeared in London newspapers as early as 1799! The news story describes how a family came upon the wild mushrooms in Green Park and ate them. The effects? One son began to laugh uncontrollably, his father began to believe he was dying, and most family members experienced vertigo!

Also known as Witch’s Hats, Liberty Caps grow in the wild all over the Northern Hemisphere. They grow readily in common pastures, especially ones fertilized with manure. This makes it easy for growers to cultivate P. semilanceata, explaining its popularity in countries throughout Europe, including France, Germany, Italy, Bulgaria, Finland, Iceland, Russia, and Turkey.

Some varieties grow in the Southern Hemisphere as well, in Chile and New Zealand.

P. azurescens are nature’s psychedelic kingpings, the strongest psilocybin species that grows in the wild. Also known as Flying Saucers, Blue Runners, Blue Angels, or Azzies, P. azurescens were originally found in 1979 by a troupe of Boy Scouts in Oregon in 1979. However, this strain wasn’t officially named as a species until Paul Stamets identified them in 1996.

P. azurescens native range extends from California to Washington on the US West Coast, with the heaviest populations near the Columbia River delta in Oregon. River deltas are the preferred habitat for these magic mushrooms, who thrive in sandy soils.

These hardy shrooms can withstand chilly temperatures from 16 to 24° C (60 – 75° F). This makes P. azurescens rather easy to cultivate outdoors for US and European home growers. The only downside is their bitter flavour.

Psilocybe azurescens are known for their potency. With up to 1.78 percent psilocybin, 0.38 percent psilocin, and 0.35 percent baeocystin, Flying Saucers are typically three to four times stronger than p. cubensis or p. semilanceata. Psilonauts beware! A single dried gram could be much more potent than expected, so don’t overdo it with these extra powerful fungi! Higher doses may induce temporary paralysis. With Flying Saucers, informed, responsible usage is paramount.

Used in the right portions, these UFO-shaped wonders can produce intense visuals and profound inner journeys. Their potent strength also makes them popular for microdosing—you wouldn’t need much to achieve the intended effects.

This type of psilocybin mushrooms is very rare to find in the wild, but is popular among home cultivators as it’s so easy to grow.

Some say magic truffles offer a gentler trip compared to other stronger mushroom strains, but they apparently make people more nauseous as well. This might be due to the fact that truffles are more dense than other types of mushroom flesh. As with all magic mushrooms, the trip itself is greatly influenced by a person’s state of mind, their experiences, dosage, and the setting where the trip takes place, not just the mushroom type.

First identified by Elsie Wakefield in England in 1946, these are known as “Wavy Cap” mushrooms thanks to the rippled shape of its cap.

Difficult to grow indoors, this type of mushroom is one of the hardiest and most widespread in the wild. These mushrooms are highly popular with mushroom identifiers because of their strength. Wavy caps are known to be potent and can contain between 0.3 percent to 1.68 percent psilocybin, 0.28 percent to 0.51 percent psilocin, and 0.02 percent to 0.03 percent baeocystin.

One of the most widespread psilocybin-containing wild mushrooms, the species is thought to be native to Central Europe and the Pacific Northwest. As they prefer to live among woody debris, like the wood chips and mulch in gardens, trails, and parks, they’ve spread internationally, likely thanks to the lumber industry, which might unwittingly spread its spore as it shipped wood and chips around the globe.

In the wild, they can be found in enormous patches, and are stronger when eaten fresh, although still produce substantial effects when dried.

Wait a minute! Are there 2 kinds of “Blue Meanies!?” It appears there are! Although there’s a strain of Psilocybin cubensis called “Blue Meanies,” it’s the Copelandia cyanescens that pack the meanest punch. These shrooms are among the strongest in the world, with 2 or 3 times the amount of psilocybin and psilocin than “Blue Meanies” from the cubensis strain. Next time someone is offering “Blue Meanines” make sure to check whether they are the cyanescens or cubensis strain!

These extra-magical mushrooms thrive in dung in pastures and fields in warmer, subtropical climates. They’re found outside the world’s northernmost latitudes in the US states of Hawaii, Louisiana, Texas, and Mississippi; in the Caribbean including Jamaica, Bermuda, and Trinidad, Costa Rica, Mexico; South America, and even Australia, Africa including South Africa and Madagascar, Thailand, Japan, New Zealand, and Europe (including France and Spain).

The mushroom strain for which the term “magic mushroom” was invented, Psilocybe caerulescens are known as Landslide Mushrooms or “Derrumbes” in Mexico where they grow naturally. As the story goes, a curandera—spiritual healer—named Maria Sabina gave mycologist Gordon Wasson thirteen pairs of Derrumbes during a Mazatec ritual “Velada” ceremony. Wasson later wrote about the experience in Life Magazine—and that’s the origin of psilocybe caerulescens’ “magic mushroom” moniker.

In Oaxaca, Mexico, “Derrumbes” are still used for ceremonies by the Mazatec people. They grow in the Sierra Madre mountain range and prefer areas hit by recent landslides, or other regions free of plants. Landslide mushrooms appear during the Mexican rainy season―approximately May to October. These can also be found in Venezuela and Brazil.

Small, with stems ranging from 40 to 120 mm (1.5 to 4 in), these magic mushrooms have a silvery-blue metallic luster that makes them easy to differentiate from other species. This strain makes for a good introduction to magic mushrooms for the uninitiated as their potency is low to moderate, and the trip can even be a bit shorter, lasting from three to six hours. On the flipside,, anyone looking for a stronger high from something like Psilocybe cubensis, may be left a bit disappointed. 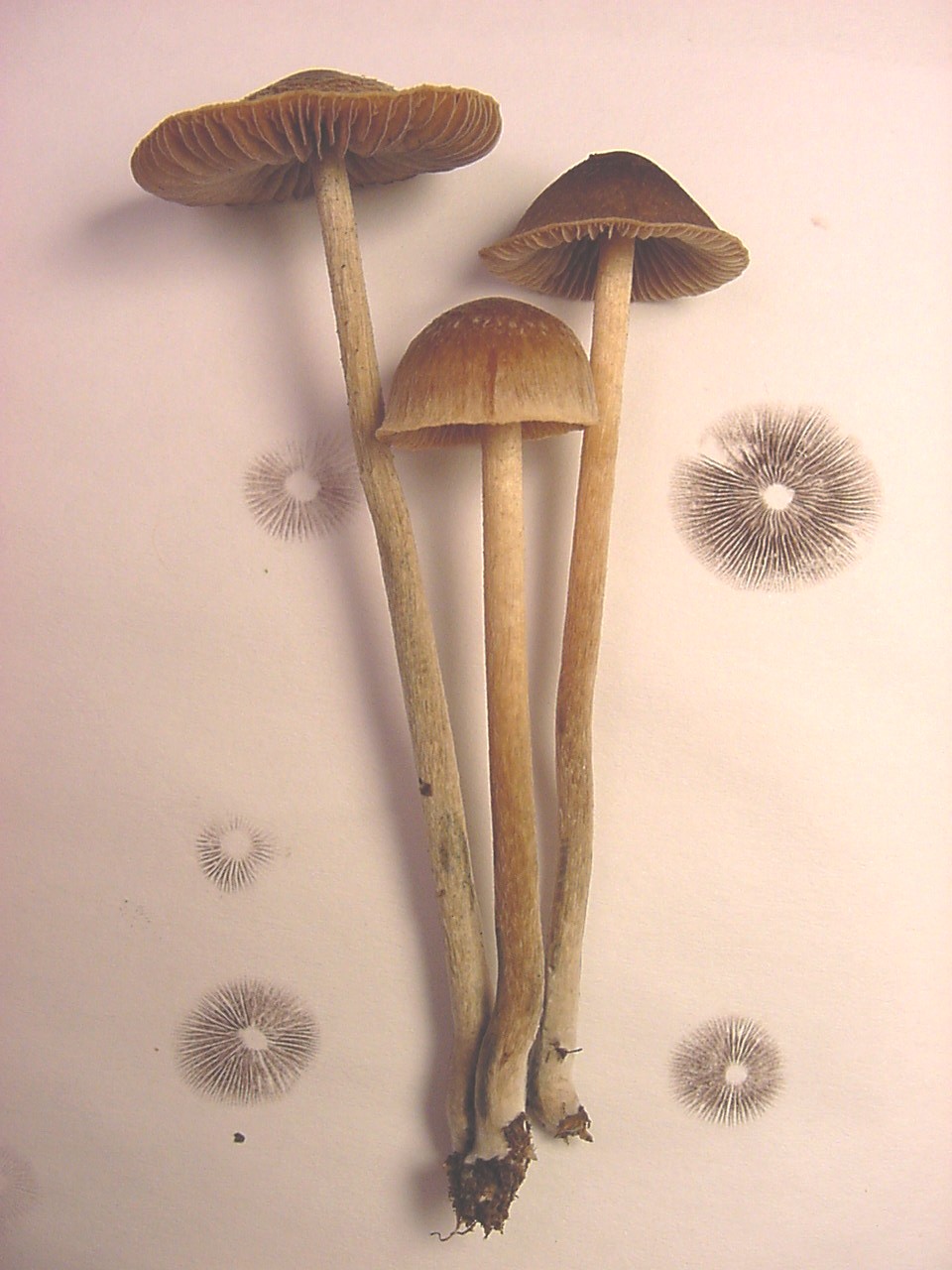 Here is a magic mushroom with a rich and storied history. It’s believed Psilocybe mexicana is the species of mushroom that the Nahuatl or Aztec people called “Teonanacatl,” meaning “flesh of the Gods.” It was used in ceremonies in times before Aztec lands were colonized by the Spanish..

This strain of magic mushrooms is common at altitudes between 1000 and 1800 meters (3280 to 5900 feet), and prefers to live in moss, meadows, deciduous forests, and soils rich in manure, as well as alongside roads and trails—but never directly on dung. It can be found in Mexico during the rainy season, especially in the states of Oaxaca, Michoacán, Puebla, and others.

Often called “Pajaritos” Mexico, this name means “little birds” a reference to being high as a bird in the sky thanks to Pajarito’s strong potency. Magic mushroom expert Paul Stamets also calls these “Mexicana Liberty Caps” thanks to their resemblance to Liberty Cap mushrooms.

Although found east of the Great Plains throughout the Midwest and the Eastern US and up to Canada, they are rather rare and hard to find. Also known as “Blue Foot Mushrooms,” Psilocyb caerulipes, love to grow on decaying hardwood logs. They often pop up on forest floors after a warm summer rain, where they’ll fruit in the same place for years.

As you’d expect, this strain of magic mushroom is named for its appearance, with a bright blue heart at the foot of its stem. These shrooms are only moderately potent, with about the same amount of psilocybin as Psilocybe cubensis shrooms.

Originally found on the University of Washington campus, this strain of magic mushroom was named for Dr. Daniel Stuntz. Rare and only growing on the West Coast of Canada and the US, these get their nicknames from the vivid bluing that occurs in reaction to the mushroom being handled.

Though rarely found, these mushrooms can fruit in prodigious colonies in grassy areas, and also like to sprout in fresh sod and well-manicured lawns, and along roads, paths, and gardens within about 90km from the British, Columbia, Washington and Oregon coasts.

One important note about these mushrooms: Blue Ringers also bear a strong resemblance to a toxic species of mushroom: Galerina marginata. Psilocybe stuntzii can be distinguished by their orangish brown cap and rusty brown spores. Remember, never ingest something you can’t completely identify. 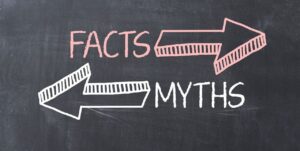 With so many mainstream articles published on the mental health benefits of magic mushrooms and the possibility magic mushrooms will be fully decriminalized, it’s no […] 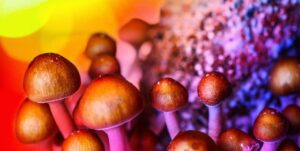 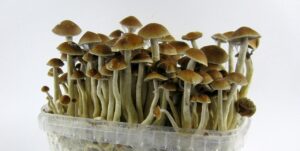 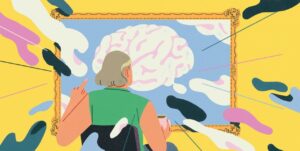 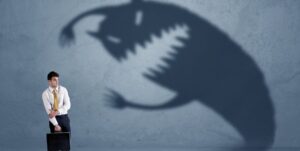 People have been using psilocybin for thousands of years for religious and spiritual reasons, recreation and more. But in the last 100 years “magic mushrooms” […]