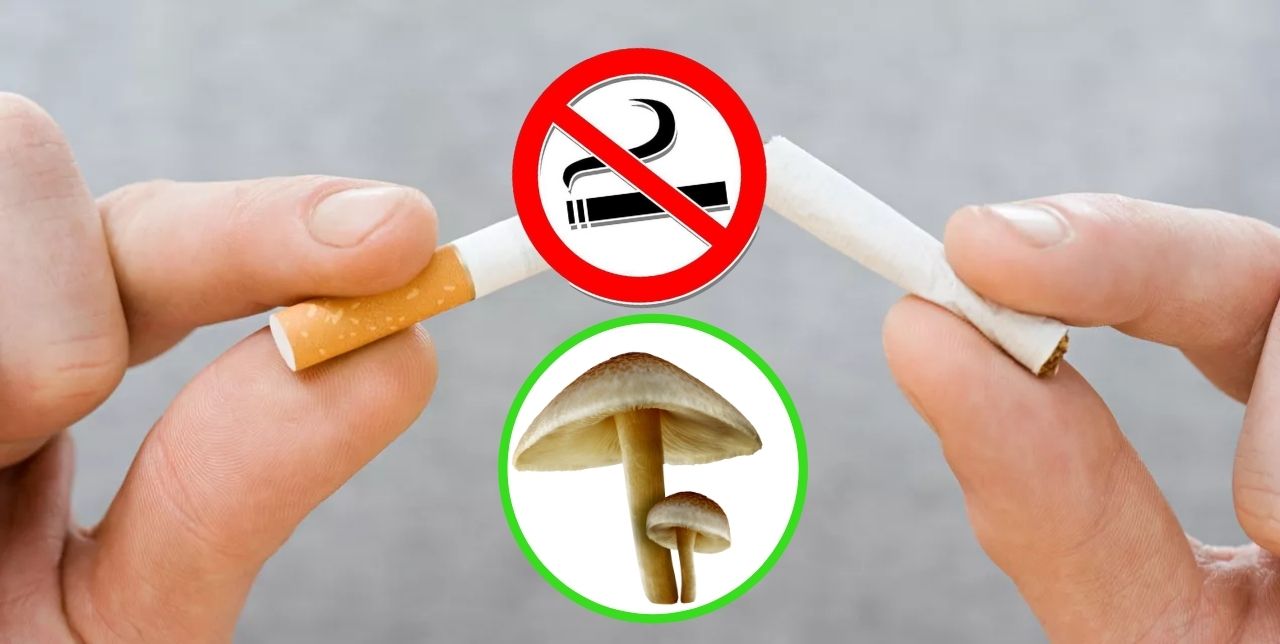 Most people are aware that smoking is bad for their health, but let’s remind ourselves of the human toll this habit takes.

Smoking is the leading cause of preventable death. The habit causes a range of severe health conditions, including cancer, heart disease, stroke, lung diseases, diabetes, emphysema and chronic bronchitis. It also puts people at risk for tuberculosis and compromises the immune system, which produces other risks like rheumatoid arthritis. Millions of people are living with one or more of these conditions caused or exacerbated by years of smoking.

Worldwide, tobacco use causes more than 7 million deaths per year. In the United States, cigarette smoking is responsible for more than 480,000 deaths per year, which includes 41,000 deaths from second-hand smoke exposure. This translates to a shocking 1,300 deaths every day.

No wonder many sensible people are highly motivated to stop smoking, but that’s not so easy as most of us know.

Why is it so difficult to stop smoking?

The answer is simple: nicotine is highly addictive. It stimulates pleasure centers in the brain, releasing dopamine, which makes it enjoyable to smoke. When you stop smoking, less dopamine is released, which causes the opposite of pleasurable feelings – people feel anxious and depressed. Withdrawal symptoms set in, and all you want to do is have a cigarette.

Most people find it very difficult to stop smoking. In addition to the continual craving for a cigarette, social cues keep reminding them of when they used to have one, like straight after a meal. If you have tried nicotine patches, nicotine gum, smoking-withdrawal medications, and support groups without any success, you might be interested in research way back in 2014 at Johns Hopkins University.

Psychedelic drugs are becoming a serious area of research

Over the past decade, psychedelic drugs have made a comeback and are being taken seriously for their potential to treat a wide range of serious, including intractable health conditions. There has been a spate of clinical trials investigating the use of psychedelic drugs such as psilocybin, LSD and ecstasy to treat mental health disorders, addiction, and eating disorders. So far, the results of a number of small studies indicate that the drugs can be used safely and may help people with persistent untreatable depression and other psychological problems that have traditionally been difficult to treat, such as post-traumatic stress disorder (PTSD).

The new respect for psychedelics is underscored by the emergence of at least four academic centers for the study of these substances: Imperial College London, Johns Hopkins University in Baltimore, Maryland, the University of California, Berkeley, and the Icahn School of Medicine at Mount Sinai in New York City.

These centers are committed to performing scientific research of the highest standards, so hopefully the many enthusiastic tales about the wonders of psychedelics will soon be corroborated by science.

What is the magic in magic mushrooms?

Magic mushrooms contain the psychoactive compound psilocybin. After ingestion, psilocybin is converted into its active form psilocin.  It is this ingredient that caused all the uproar in the mid-sixties and caused psychedelic drugs like LSD and magic mushrooms to be banned.

The psilocybin in mushrooms causes effects referred to as a ‘’trip.’’  A trip can be a pleasant experience, or it can be very unsettling. It is totally unpredictable – you don’t know beforehand what your trip will be like. Like all drugs, psilocybin affects each person a little differently. The duration and intensity of a “trip” also varies from person to person. The same person my feel the effects differently between on trip and the next. The effects can start within 30 or 60 minutes after ingestion and can last for a number of hours. A person can experience:

Could magic mushrooms help you to quit smoking?

So far, only one study has been conducted to see if magic mushrooms can help people quit smoking, but the results were very promising.

Dr. Matthew Johnson, an associate professor of psychiatry and behavioral sciences at Johns Hopkins University and his team conducted a small open-label study in 2014 to see whether psilocybin could help people quit smoking.

The study volunteers were ten men and five women with an average age of 51 years and smoking an average of 19 cigarettes a day for 31 years. All of them had failed at least six previous attempts at quitting.

To prepare the participants for the psychedelic therapy, and as part of a comprehensive smoking cessation program of 15 weeks, the participants met with counselors for weekly counseling sessions during which they learned strategies to help them in the process.

For the actual experiment, volunteers found themselves in a comfortable setting, lying down on a couch, wearing eyeshades and listening to music. For each of the three sessions, two members of the research team were present.

They received the drug at three sessions, one on the day they planned to quit, one two weeks later, and a third eight weeks later.

Six months after their experience, 80 percent of the participants had stopped smoking for at least a week. The drug varenicline typically results in 35 percent success rates, and other therapies like nicotine replacement therapy have even lower success rates.

Six months after their quit date, 67 percent of the participants still hadn’t touched a cigarette, and 16 months later, 60 percent were still not lighting up.

Most of the participants had a pleasant experience with psilocybin. In fact, 85 percent of them said their psilocybin trip was one of the five most meaningful and spiritually significant experiences of their lives.

How does psilocybin help with smoking addiction?

Researchers are not sure how or why psilocybin works for addiction. They have several theories based on how the chemical works on the brain.

The first has to do with the chemical structure of the drug. Psilocybin has a similar chemical structure to the neurotransmitter serotonin, so it can easily bind with serotonin receptors in the brain. Serotonin is thought to regulate mood, happiness, and anxiety. For instance, people who suffer from depression are thought to have low levels of serotonin.

When magic mushrooms are ingested, the psilocybin combines with serotonin receptors where they cause mood-altering effects, which could be experienced as spiritual or mystical. These experiences seem to affect individuals deeply, altering their attitudes toward life and its meaning, giving them a reason to quit. The more profound the mystical experience, the more likely the person is to quit smoking successfully.

Secondly, psilocybin causes a spike in cortisol, an important stress hormone. It’s thought this increase in cortisol activates the prefrontal cortex, which could enhance the ability to control emotions and negative thoughts.

Thirdly, functional magnetic resonance imaging (fMRI) has shown that psilocybin reduces amygdala activity. The amygdala is one of the brain areas strongly associated with fear and anxiety. The reduction of activity in the amygdala may cause people to experience fewer feelings of anxiety during the withdrawal process.

Do scientists agree shrooms can help you quit?

The researchers said the study results are promising, but the fact that the study was on a small scale with only few participants who were aware they were receiving psilocybin means we can’t draw any conclusions about psilocybin’s efficacy from this study’s results alone. Much more research is necessary. The researchers also warned that smokers shouldn’t take these results as a sign that the solution to overcoming nicotine addiction is simply to take magic mushrooms.

At the time, Johnson said: “Quitting smoking isn’t a simple biological reaction to psilocybin, as with other medications that directly affect nicotine receptors,” Johnson says. “When administered after careful preparation and in a therapeutic context, psilocybin can lead to deep reflection about one’s life and spark motivation to change.”

Future studies are on the way

Finding that the combination of cognitive-behavioral therapy and controlled administration of psilocybin in the laboratory was a safe and viable approach for helping people to stop smoking, the researchers have now embarked on a second study to further examine and understand the potential of psilocybin as a treatment for nicotine addiction.

Recruitment for the study is ongoing. The research team is seeking volunteers between 21 and 80 years old and who want to quit smoking permanently.

It is notoriously difficult to stop smoking. Most people are aware of the devastating effect nicotine has on their health, and a large percentage of smokers (70 percent) decide to quit every year. But sadly, most attempts fail. Though psilocybin shows promise in treating addiction disorders, much more research must be done to confirm whether psilocybin should be part of a therapist’s tool kit. What’s more, psilocybin must be used in a therapeutic setting with medical professional present. It’s not ‘pop some shrooms and I’m cured.’

Should scientists come up with a safe way to use psilocybin as a treatment for nicotine addiction, it would be a far-reaching and welcome service to society.